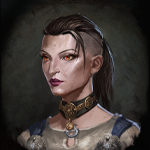 Good news often comes out of nowhere: we’ve prepared a very Broken Ranks surprise for you. Check what our plans are, what we’re working on, and what the next steps will be.

We’re working on multiple things and, this time, it’s our website (https://brokenranks.com). Among others, we’ve added a news page to it. On this page, you’ll find posts containing the most important information, funny stories, work reports and our future plans. With time, this section will play a similar role to the blog. We want you to have access to every news in one place, which should be more comfortable.

The more observant of you will notice that there’s an FAQ page in the screenshot, too. It contains the answers to the most pressing questions we’ve been getting. We hope it’ll help new players learn more about the gameplay and satisfy the curiosity of our veterans. Not everyone follows our social media, so collecting all of these in one place will for sure be useful. Of course, the FAQ will be updated as needed. If you think it’s missing critical information, let us know in the comments. Maybe, by doing this, you’ll help your less enfranchised friends.:)

Also, if you are a content creator on YouTube or Twitch and you’re interested in Broken Ranks, please contact us at [email protected]. We will respond with some additional information, but please be patient. It may take us some time to reply.

It’s been a while since the last open tests, so it’s a good moment to talk about what’s ahead. We’re sure you’ve noticed that we try to regularly give you something to be excited about. And that’s what we’re going to do now. We know that many of you would do anything to be able to immerse yourselves in the world of Broken Ranks… And you’ll have an opportunity soon!

No, it’s not just another Open Beta. 😉 We’ve told you many times that the open tests were a milestone on the road to the release. And you know what? It’s finally coming!

We’re proud and excited to announce that the wait is almost over. Broken Ranks servers will be launched in January 2022. Get a taste of adventure with us!

We want to once again thank you for your patience, a lot of positive words, and also your participation in the tests – your eagerness to play surpassed our wildest dreams. You’ve helped us a lot and it’s partly thanks to you that we can say the above words.

The exact date will be given at a later time, so follow our social media channels and our website. In the meantime, you can see the pre-launch trailer here:

The release date depended a lot on how the second Open Beta would progress. As we mentioned in the previous post, it was very quiet. The gallons of coffee, 8-packs of energy drinks, and a full fridge turned out to be unnecessary. 😉 The servers were stable and there were very few errors. The worst case scenario didn’t happen, so we can finalize what we want done at release and let you play the game you’ve all been waiting for so long.

Some time ago, we mentioned things that will not be part of the initial content. We’re still working on a couple of instances: Valdarog, Puppet Master, Castle Specter, and Aqua Regis. Our previous decision stands – they won’t be available at release. Don’t be alarmed though – these instances are the first thing we’ll focus on after the release, so they’ll be added in future patches. We hope that you won’t feel their absence too much before they come back completely refreshed. 😉

At the same time, we want to implement some groundbreaking changes. Some of them, you could experience during the betas. New or improved interface features, improved or completely new graphics, nicer animations and effects, limiting the number of clicks needed to talk to NPC, mob aggressiveness indicators, and many, many other changes to improve the comfort of gameplay. In addition to that, the whole world, from Trentis to Beirn, has been reviewed and rebalanced as far as gear, mobs, and rewards are concerned. Many of you will be happy to hear that we’re going to rework the upgrade system, including flask creation. Yes, you will no longer need to hunt for Rizurul to make knowledge flasks ;), but recipes are only part of the changes. You’ll learn more soon.

One of the biggest improvements will be the party finder. We decided that it’s the most important feature that will need to be present for release – after all, creating parties is the basis of every MMORPG. We want to make this part easier and more comfortable. Thanks to the finder, looking for the right person will be much simpler. And also, you won’t have to use the chat to find more people or become a member of a party. We have many more improvements and additional features in mind. However, we’ll add them in content updates so that you can enjoy them together with us.

Among others, we’re working on new skins. Here’s a short preview for you:

As for the party finder and its features – we want it to be as simple to use as possible, at least at the beginning of the game. More complex, advanced options will appear as your characters level up.

The previous update was the last big update for 2D. However, there may still be some minor ones. With the release of Broken Ranks, some of you may be wondering what will happen to the current version of the game. You’ll be able to find some information in our new FAQ. We’ll give you more details later, but if you have any questions, please ask them in the comments.

We would like to remind you that Hussar Hetman will appear on November 11th. He’ll come to Khemenak at 1PM server time. Wings will disappear after one month (around December 11th).

One thought on “The Broken Ranks Announcement You’ve Been Waiting For. Currently Working On… E. 221”