We promised, so we deliver – here’s the Broken Ranks surprise. And not just one, we have a couple of them! Read the post, share your feelings and spread the word.

As we promised, we have a surprise, or rather several surprises, for you. It’s also the reason why we decided to move the blog to today. We didn’t want a false start and it was hard for us to keep our mouths shut, but we’re sure that the information will be worth it. Let’s start with the new, awesome website of Broken Ranks (or its first part to be exact). 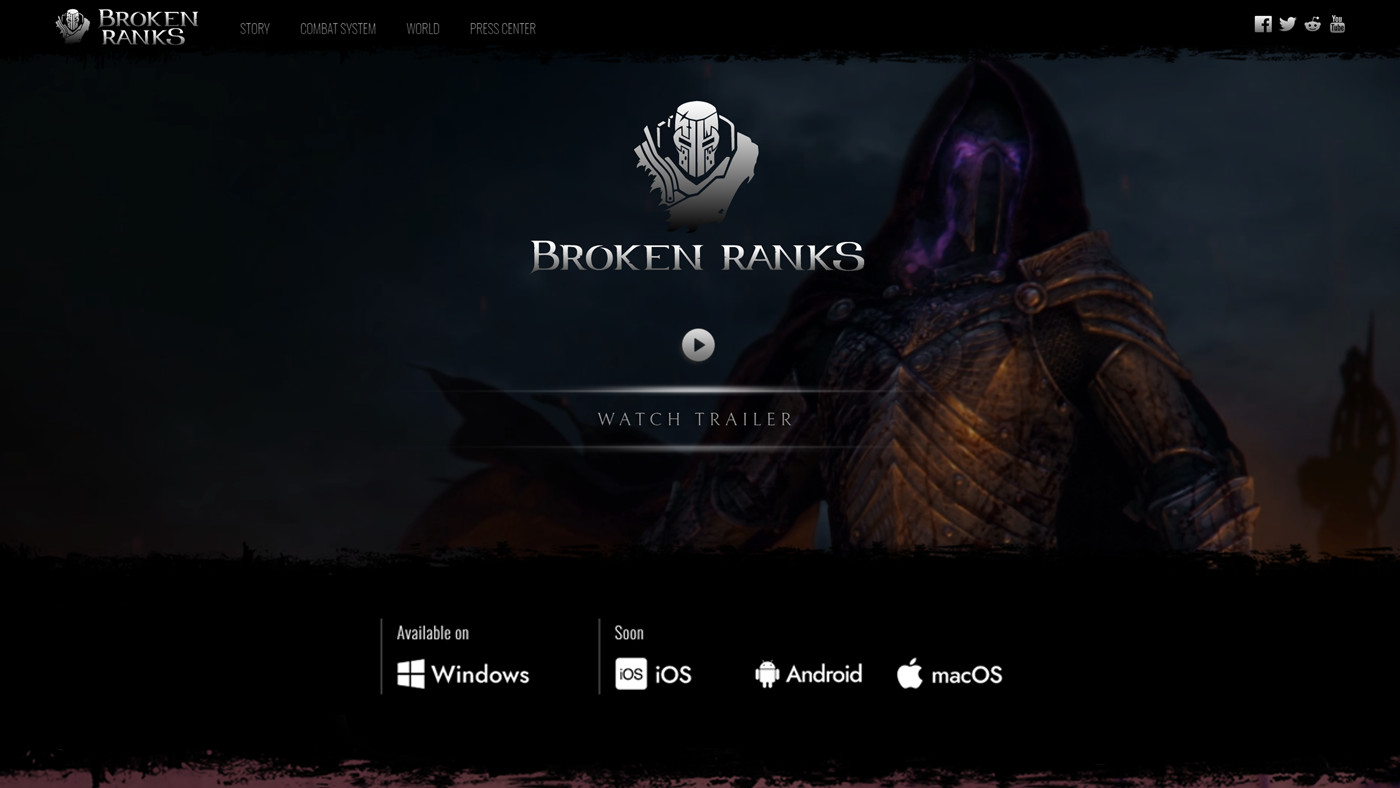 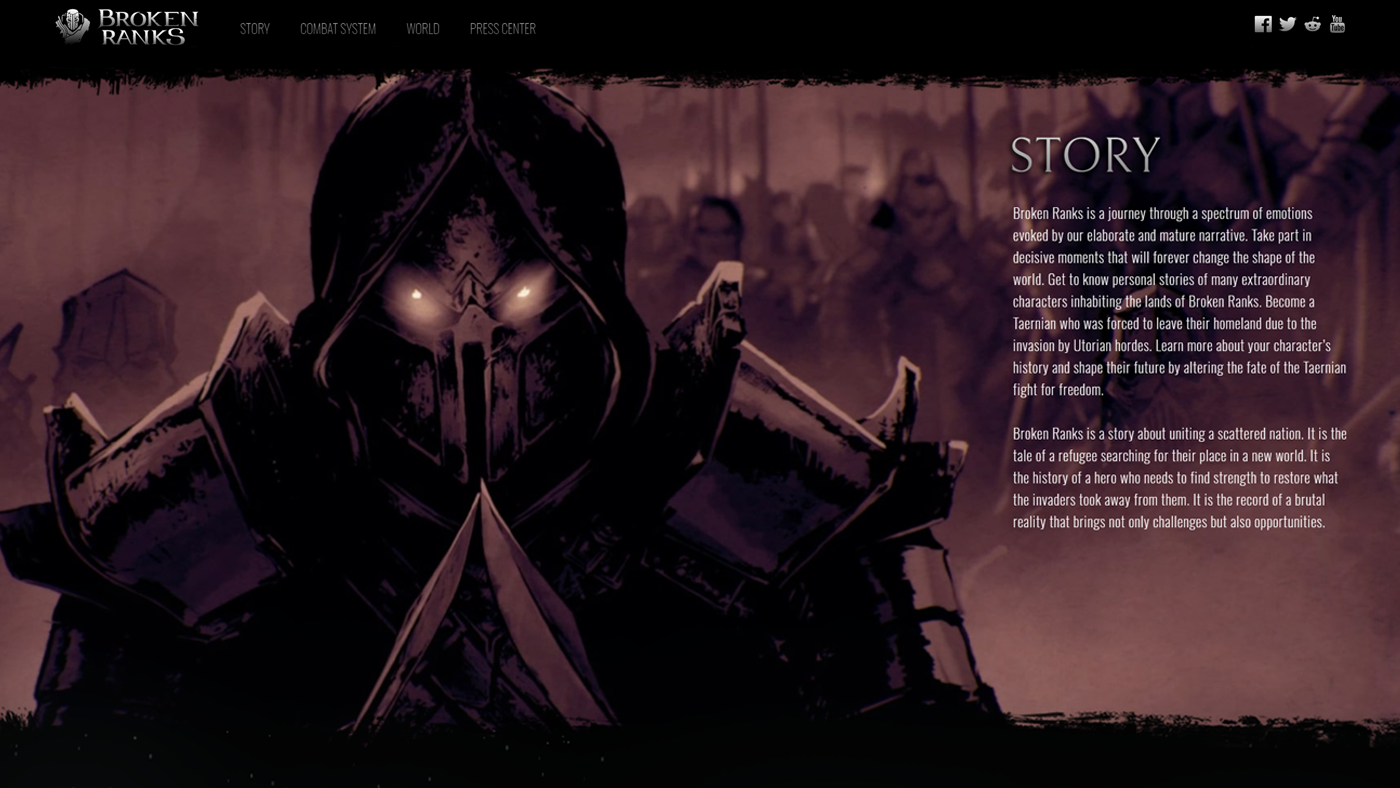 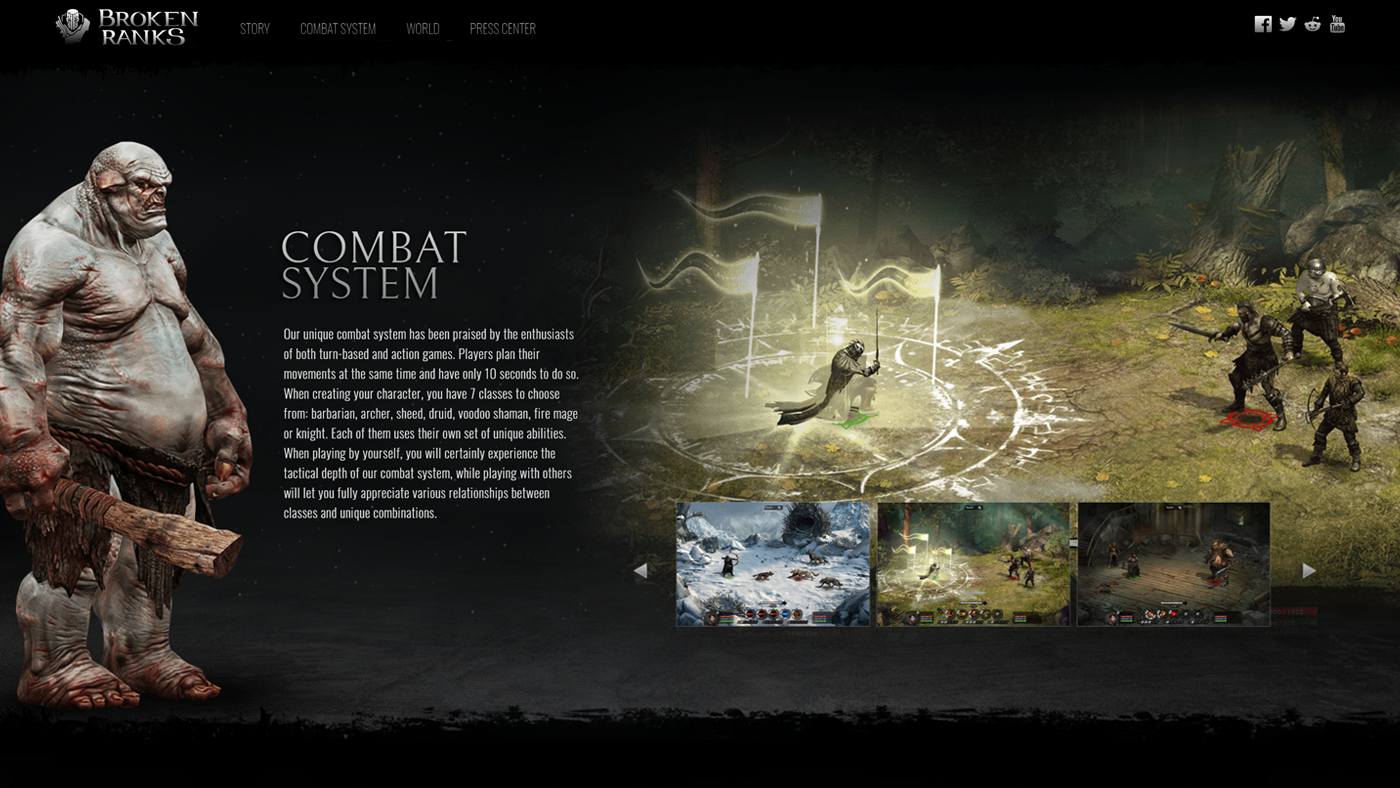 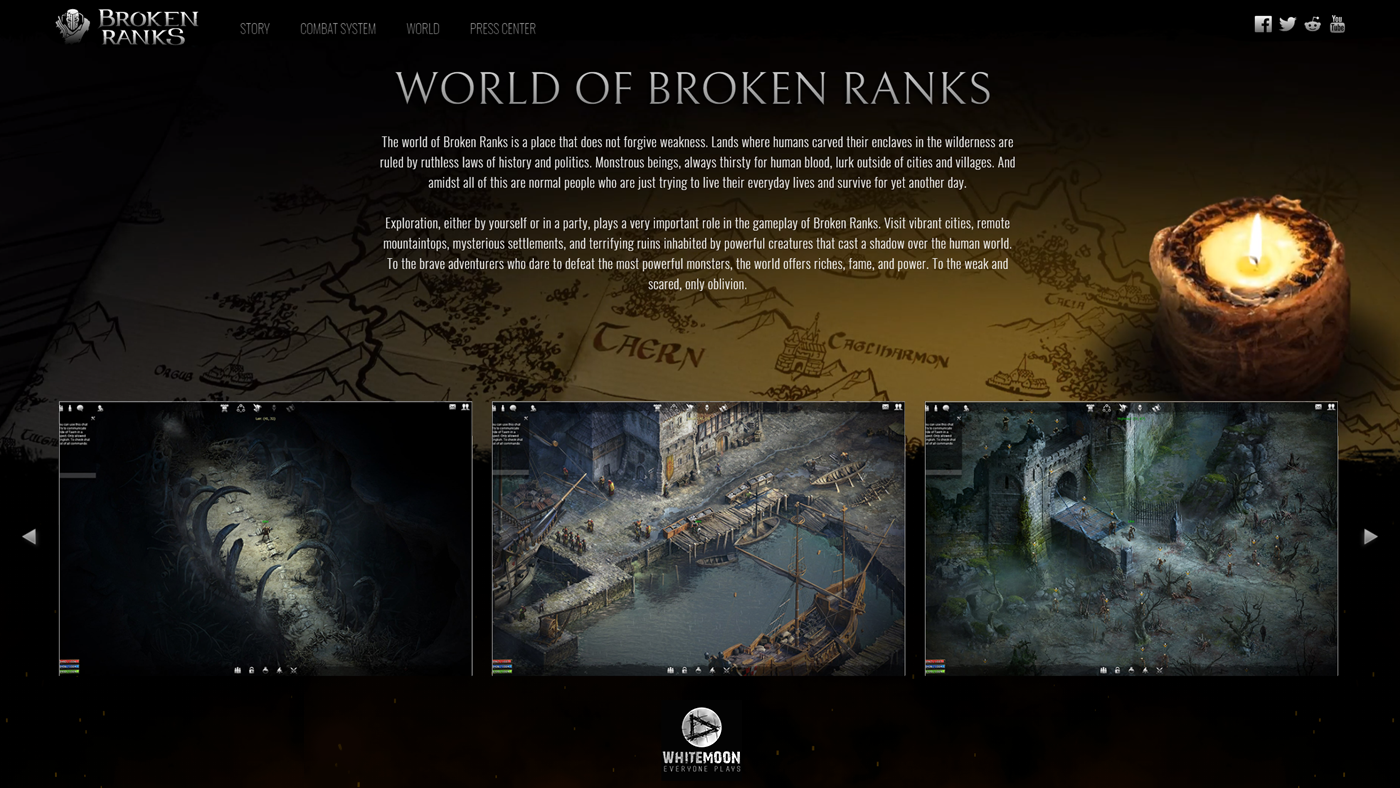 How do you like it? We think it’s really cool and Taern-like! 😉

Well, same as the new trailer which, we hope, will whet your appetite for Broken Ranks and will serve as an invitation. Put on your headphones, turn the volume up, feel the power and let us know in the comments how you like it! 😉

You can also subscribe to our Youtube channel (https://www.youtube.com/WhitemoonGames). Apart from the trailer, we’re going to publish more videos there. Stay up to date!

It’s not without a reason that we mention an invitation. As you know, we’ve successfully finished the first phase of Closed Beta Tests. We are proud to announce that we are starting the next stage of work on Broken Ranks – Closed Beta 2! We can safely say that this is a true milestone on the road to the release.

If you want to participate in the beta, you can sign up here: https://www.brokenranks.com/. Please note that the number of spots is limited!

You can also subscribe to our other social media channels where we will be posting more information about Broken Ranks:

We’re moving with the times and caring about your comfort, so in addition to providing new content, we’re also testing new communication solutions. That’s why one of the tools used to communicate during Closed Beta 2 will be Discord. We are planning to make it the permanent, official voice communicator for the world of Broken Ranks. It’s surely good news for many of you. 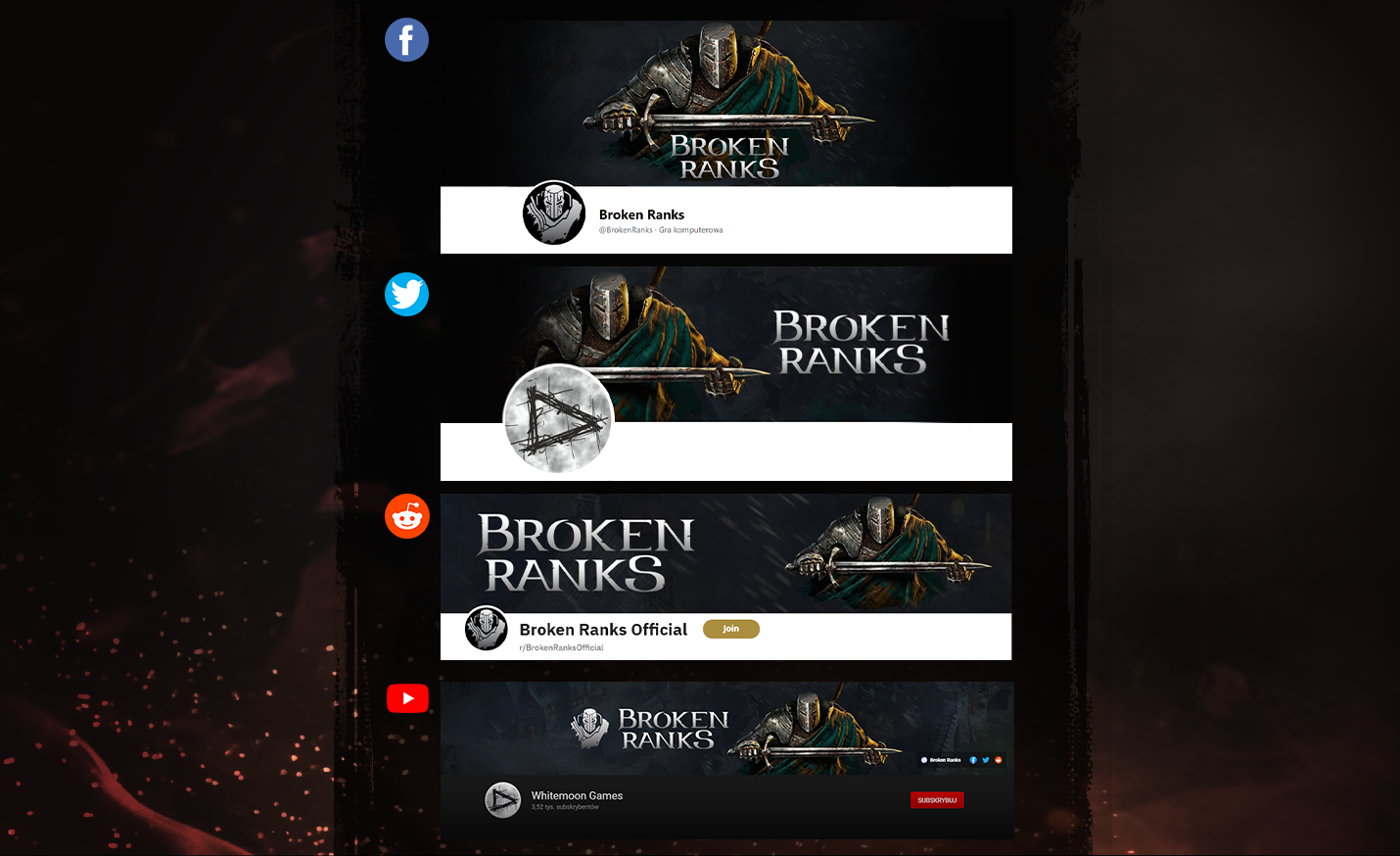 Apart from the above-mentioned preparations for the announcement and test, and working on marketing materials, we’re also adding new content to BR and thinking about the current version of the game. As far as BR is concerned, we have the following things on the menu: 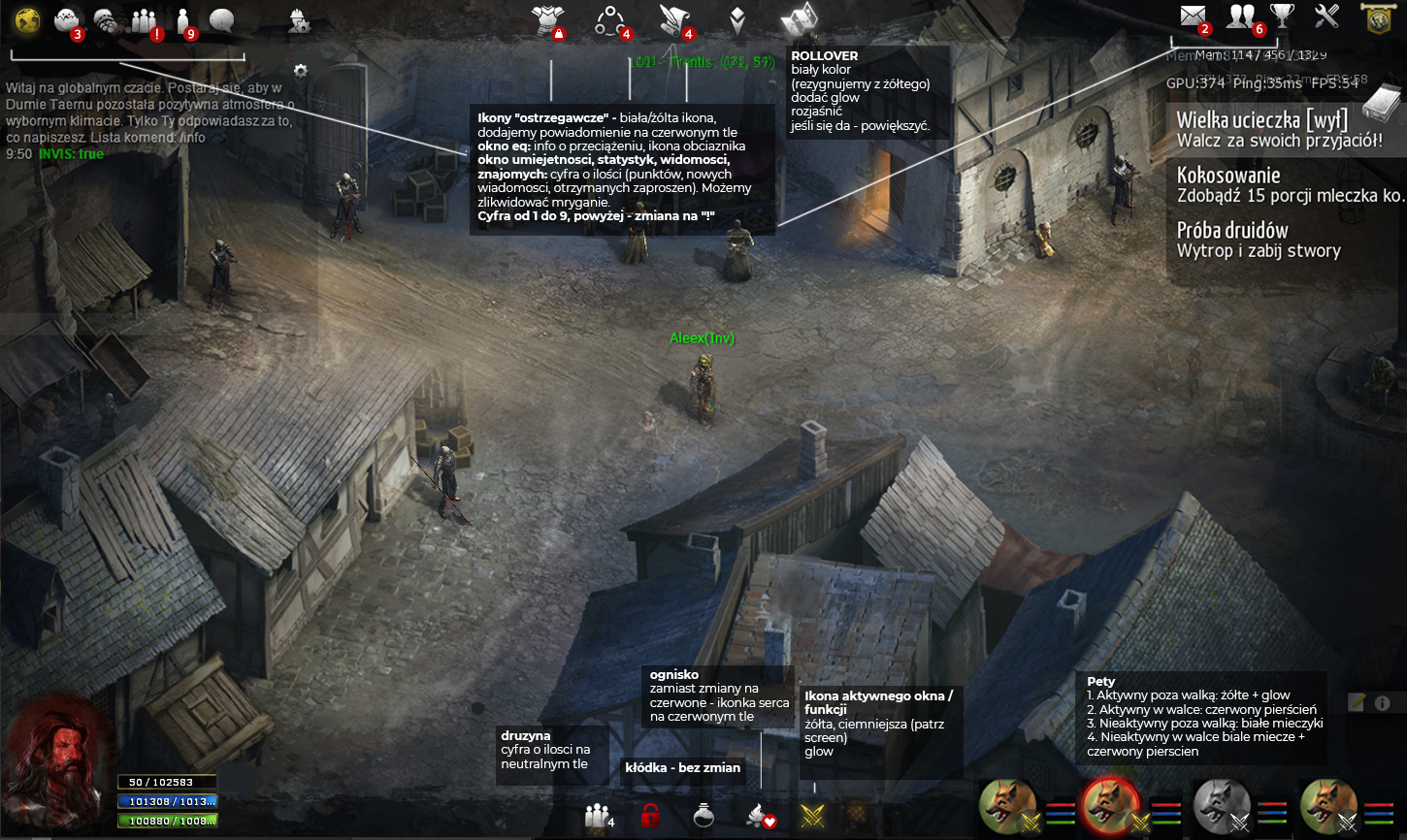 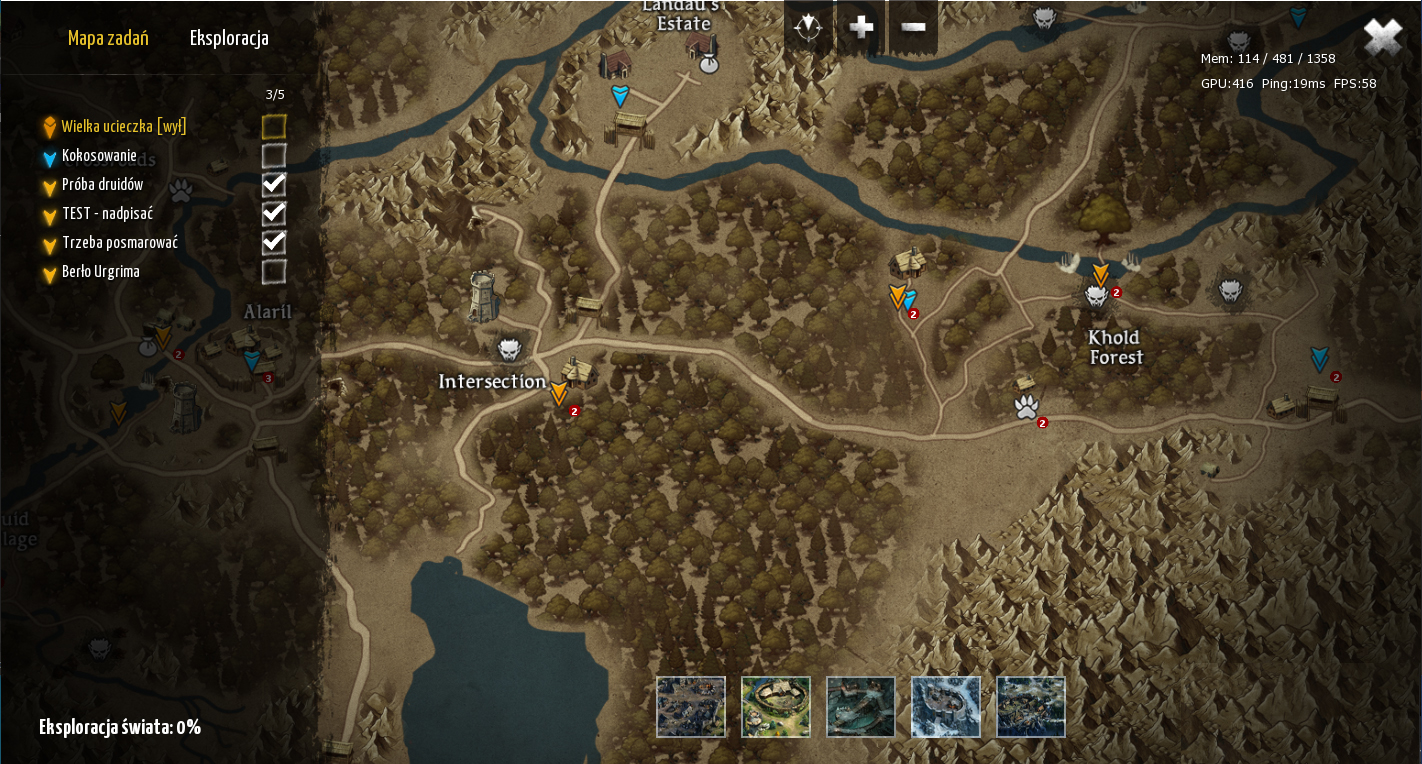 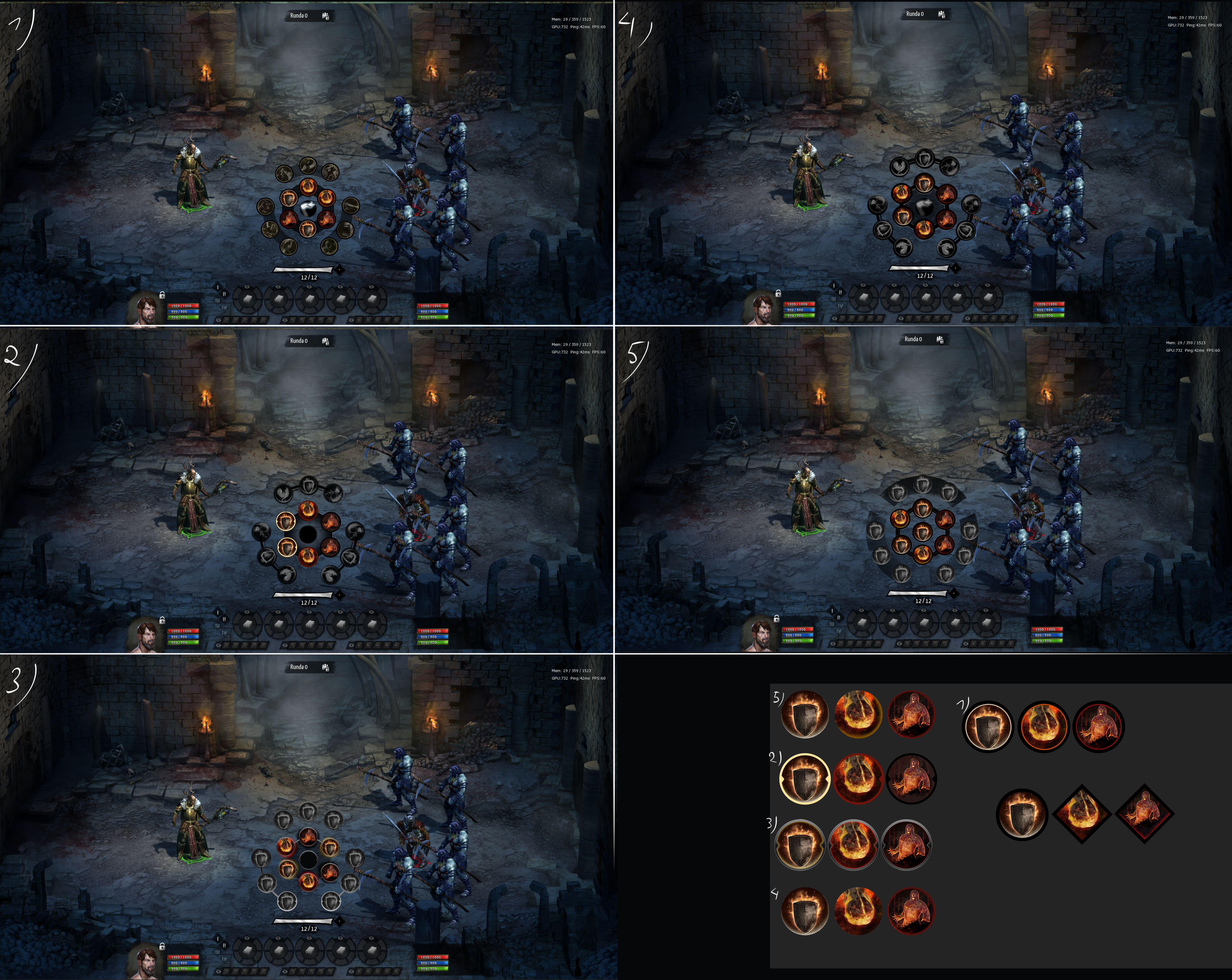 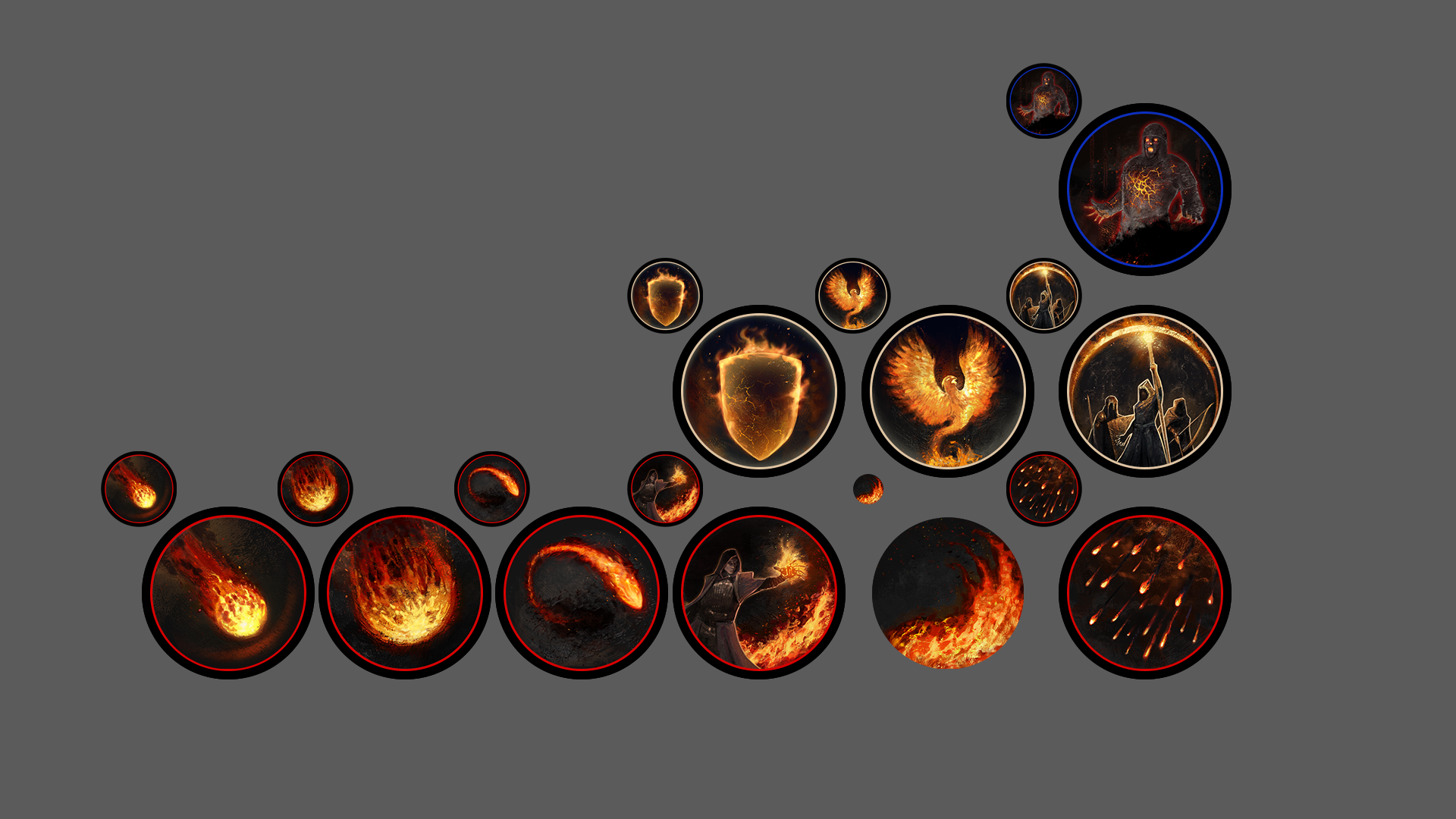 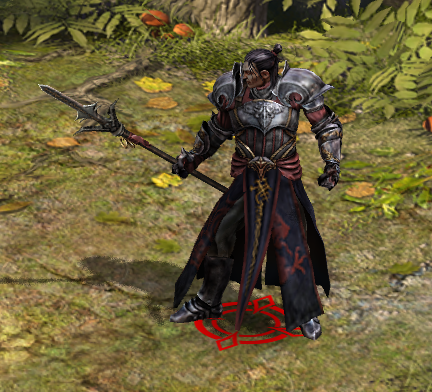 As for the current version of the game, we’re sure you’re very interested in what we’re going to do about shields. That’s why we would like to give you an outline of future compensation – what will be compensated and how. Details, including exact figures, are not yet set in stone. We’d very much like to hear your opinions. Maybe something’s missing or one of the forms is better than the other. We know that we can’t please everybody, but we want to be as fair as possible. As for the date, compensations will begin when druids get a new version of Fade. Most likely it’s going to be summer.

Please note that nothing here is final. Due to technical limitations and other issues, any part of the suggested solutions below may still change

What items will be compensated? In short – all shields, one-handed weapons and skins on the items, as well as upgrades. Here’s a more detailed list:

The way you’re going to be compensated depends on the item and its type. We understand that there may be some exception that will need to be approached individually. However, we want the majority of the compensations to be quick and smooth. Here are the solutions we suggest in each area:

As far as technical details go, we’re working on a solution that will let us automatize the process as much as we can to minimize the effort you need to put into this and also the number of tickets on support. The above outline is still being worked on, so the details are bound to change.

Apart from the compensations, we’re also working on other things. We have some initial ideas about barbarians and the above-mentioned Fade. We’re still discussing them and thinking which ones are best. Once we have more details that we can share with you, we’ll let you know. 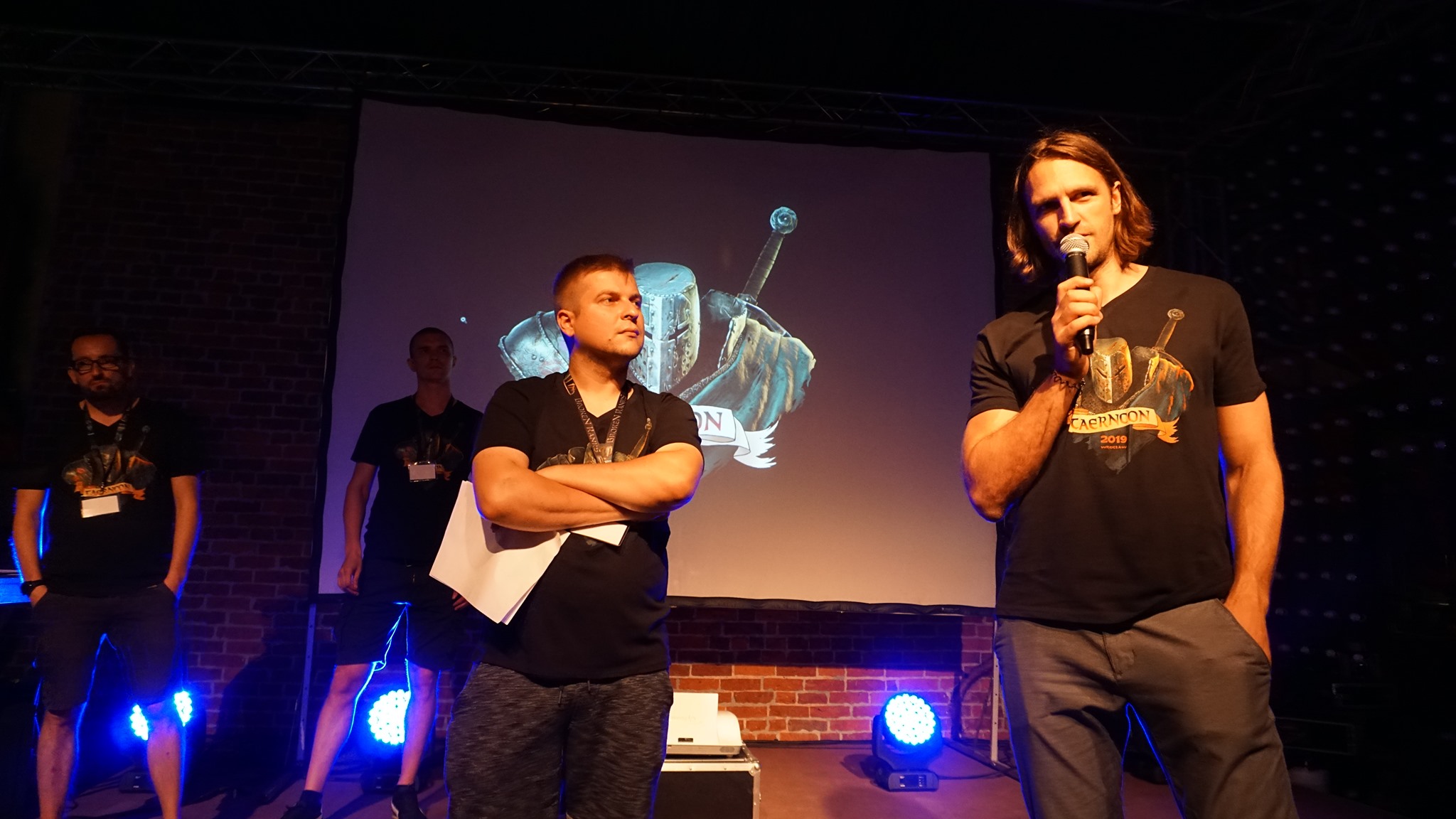 For everyone who is awaiting information about this year’s convention, we have some good news. There will be a TaernCon! However, we still don’t know what form it’ll take. The situation with you-know-what is quite unstable, so we are discussing a couple of variants so that we can adjust dynamically to the current state of affairs. There are four possibilities:

To sum it all up, there will be a TaernCon, we’re making preparations but we’re also keeping in mind Covid restrictions. Please note that this event is likely to be in Polish only, but we’ll see!